Stage 7 represents the Sun and Transformation.

Changing the way we think is the transformation process through utter sincerity and tireless effort.

All we have to do is look at recorded history to realize that humanity is caught in a virtually unchanged insane cycle; much like the dog chasing its tail. The way we all think (thought process) needs changing to escape this insanity.
That escape will only come through individual Spiritual Transformation.

Know Thyself Initiative— (K.T.I.) is Evolving with Spiritual Evolution and so we loaded DANIEL'S LION: LIVING IN 2 WORLDS on this site in its entirety. It shines a light on our changing times and establishes how we can positively affect our future. 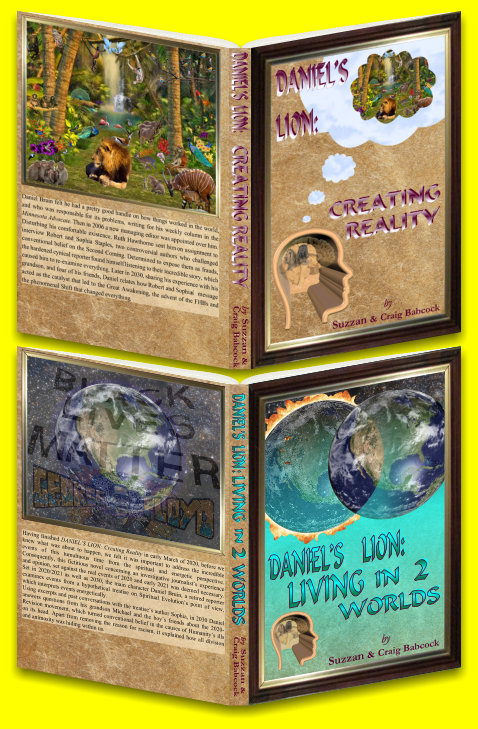 Hand-in-Hand these BOOKs put us in the
midst of reality by showing us how we
got into this mess and how we get out–
we only have a smidgin of an inkling. 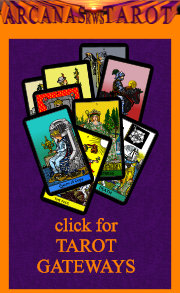 "The material covered in the DANIEL'S LION: BOOKs create a 'Readers Digest Fashioned Magnum Opus' of Suzzan’s inspired works, which speak to our Spirit. She told me I should not exalt the books as a coauthor. However, since my contributions to the books come from our other past writings, this summary seems appropriate.
I use the word ‘inspired’ above because that is how any great work of art comes about. When experienced, the artwork speaks to our Spirit. The essence of our energetic makeup is what we must all remember if we have any hope of changing the mess the world is in now. There is great abundance on this globe to be shared with everyone, we must create that reality. All we need is the vision."
— Craig Babcock —

Thank you all for taking the time to read this.

{Having finished DANIEL’S LION: Creating Reality in early March of 2020, before we knew what was about to happen, we felt it was important to address the incredible events of this tumultuous time from the spiritual and energetic perspective. Consequently, this fictitious novel concerning an investigative journalist’s experience and opinion, set against the real events of 2020 and early 2021 was deemed necessary. Set in 2020/2021 as well as 2030, the main character Daniel Bruin, a retired reporter examines events from a hypothetical treatise on Spiritual Evolution’s point of view, which interprets events energetically.

Using excerpts and past conversations with the treatise’s author Sophia, in 2030 Daniel answers questions from his grandson Michael and the boy’s friends about the 2020-Revision movement, which turned conventional belief in the causes of Humanity’s ills on its head. Apart from removing the reason for racism, it explained how all division and animosity was hiding within us. Revealing the real enemy was the individual counterfeit-spirit or Eckhart Tolle’s pain-body, the movement explains how its promotion of a defunct agenda instigated by the long gone “Shadow of Deception”, otherwise known as the Collective Pain Body, was causing so much suffering.}

Feeling a soft breeze on his face, Daniel Bruin smiles as he watches the multi-colored birds dart around his bird feeder, while equally vibrant butterflies flutter amongst brightly flowered shrubs. Taking a deep breath he consciously breathes in the fresh air, observing how the air is filled with the scent of flowers, and life itself seems more abundant. Sighing contentedly he muses to himself, “It doesn’t seem possible that just ten years ago, scientists were warning that ‘Climate Change’ was threatening Humanity’s survival. With Robert and Sophia’s 2020-Revision Movement, the FHBs arrival, and the subsequent Shift, everything is different.”

Casually dressed in cotton shirt, jeans, and tennis shoes, although an octogenarian Daniel was a healthy vital man, confirmed by his relatively un-lined face and full head of white hair, making him appear several decades younger. Roused from his musings, Daniel becomes aware that the usual natural sounds of the lake that abuts his property has changed. Hearing a motorized launch slowing down as it approached the dock above the cacophony of birdsong, he looks towards the lake. Climbing out of a boat are five young people. Alerted to the presence of his visitors, he rises to greet them. Moving sprightly down the six steps from his porch with ease, he walks down his path towards the group of teenagers. He laughs as one of the young men throws his arms around him while saying, “Hi Grandpa, it’s great to see you, we have so been looking forward to doing this. How are you feeling?”

Daniel adored Michael, and loved him calling him “Grandpa”, even if he was technically only a step-grandfather. Despite being involved with the boy’s grandmother Deanna for 16 years, it wasn’t until their marriage in 2020 that Michael entered Daniel’s life as a canny 8-year old. Surprising the reporter, rather than suspicion, the outgoing highly intelligent boy immediately took to his grandmother’s new beau. Perhaps cynically, Daniel surmised that his experiences as a journalist was the reason Michael accepted him so easily. Yet, he was pleasantly surprised to discover that his “step-grandson” was genuinely interested in getting to know him, and quickly became accustomed to calling him Grandpa. True, Michael would grill Daniel on his first-hand account of the 2020-Revision Movement, as it impacted the world so much. In fact, this was why he was visiting today, Michael brought his friends for the weekend, as they were all working on a thesis on the shift for modern history, and wanted his grandfather’s take on this pivotal time.

Extricating himself from Michael’s warm embrace, Daniel turned to the young people accompanying his grandson. Remembering his manners Michael says quickly, “Sorry, forgive my rudeness. Grandpa these are my friends, Rebecca, Julie, Steve, and David.” All four young people stepped forward in turn as Michael introduced them. Shaking Daniel’s hand they each muttered the obligatory, “Pleased to meet you.”

Following the introductions, and turning back to the house, Daniel leads them into his home, while throwing over his shoulder, “Michael, I’ve put the girls in the back room, and Steve and David in your old room. You can bunk with me. Take your bags into your rooms and come and join me for lemonade.”

Considering that his beloved Deanna had passed two years earlier, Daniel’s home was surprisingly cozy with several indoor plants and crystals strategically placed to catch the light. Michael found his grandfather fascinating, because he heard that in his youth Daniel was a no-nonsense reporter; that is until he became involved with the 2020-Revision Movement.

After his five guests join him, Daniel hands them full glasses of homemade lemonade before sitting down in his favorite armchair. Quickly scanning his five visitors to include them all, and noting their casual attire of shorts, tea-shirts, and sneakers, he smiles at the eager expressions on their faces. The reporter in him noted each person’s general description. Unlike his fair-haired and hazel-eyed grandson, Steve and David’s hair and eyes were dark brown. Yet like Michael they were both of average height and build. Rebecca was a short slender redhead with green eyes, whereas Julie was tall, and her golden brown hair and blue eyes reminded him of his childhood sweetheart. Addressing no one in particular, Daniel inquires, “I gather from Michael that you want to know how I became involved in the 2020-Revision Movement?”

All four of Michael’s friends answered in unison, “Yes.”…

Two days later, Daniel had related Robert and Sophia Staples, the founders of the 2020-Revision Movement’s story to his young audience. Explaining his new understanding for the purpose and pitfalls of Life, the retired reporter related that the biggest problem concerned a defunct agenda, which despite the instigator’s neutralization was still being enacted by “its” individual aspect within human beings…

We pick up the story when Daniel answers questions on the neutralization of the “Shadow of Deception”, or Eckhart Tolle’s Collective Pain Body, in September 2010. Explaining that despite “his” neutralization, “his” agenda was still in play because of the individual aspect of the Shadow within human beings, what Robert and Sophia called the counterfeit-spirit, or Mr. Tolle designated as the individual pain body. Daniel is recounting to his young audience that the transformation was facilitated by less than a million individuals.

…“Remembering their assertion that although the “Shadow” was neutralized, each person was still contending with its individual aspect, the counterfeit-spirit I asked about it. Sophia had responded with ‘Once the ego is integrated it can then annihilate the counterfeit-spirit, adding that Fortunately, only 777,000 people need to do that.’”

Interrupting Julie says, “You mentioned that number before. Was that how the world changed?”

“Eventually but it began with the 2020 Revision-Movement… However, as you all know that the movement was delayed by the events of the year of hell!” Looking directly at Michael, Daniel confides, “As you know I married your grandmother that February…